Too many people expect that being anointed of God in and of itself secures open-armed acceptance within certain prestigious, religious circles.

If such a fact is in the Word of God, I have yet to discover it. If someone is accepted by the perceived in crowd because they are thought to be anointed, all parties involved need to check themselves. Why? Because the anointing of God is in no way a guarantee of acceptance in any circle, except God’s; in fact, anointing often brings separation.

The anointing of God doesn’t place you on a high plane. It locates you to a place of service that can often cost you more than you think you have to give. That kind of unrealistic expectation was a mistake made by even Jesus’ disciples. The anointing on Jesus as man was unmistakable, but while the disciples knew He was sent from God, Jesus was NOT embraced by the prestigious religious leaders of the day. He was fully rejected by them and would eventually be rejected and deserted by every person he knew.

While we know Jesus was ultimately elevated by God from the spiritual standpoint, He never was recognized and accepted for who He really was and what He came to do in the earth while He remained alive in the earth. It was not until after His death that even those closest to Him would come to understand His value. But Jesus had no expectation of worldly acceptance. He knew the world would not understand him. In fact, He knew they would outright hate Him. (John 15:25)

If we read the Word of God correctly, we will see that we too will be misunderstood and hated by those the world holds in high esteem. An important point to remember is that anointing does not equal acceptance. This is true even and especially within the church! You should not expect acceptance of man, simply because you are anointed of God. I will remind you of this as gently as possible – the world hated Jesus and it will hate you also. (John 15:18)

But, remember! Rejection from others because we do not measure up to their unrealistic expectations, does not hinder God from working His plan through us. Man does not decide our fate, nor does their expectation move God’s hand.

[“Ministry or Mayhem? Stepping Out of Annoyed and Into Anointed!” is scheduled for release in late October-early November 2013. Reserve your copy now! Use contact page on this blog to make your request!] 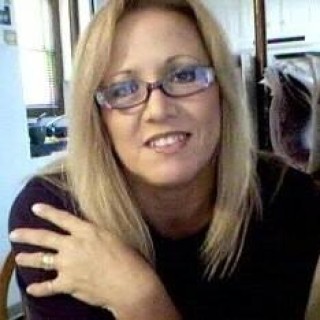 I am an author, self-publishing consultant, editor, freelance writer, ghostwriter, blogger and poet. I own and operate Word 2 Word Writing Services/Ministries, a self-publishing consulting business and ministry that assists new authors in writing, editing, design and self-publishing their work. I've been in ministry for more than two decades. I am a non-fiction Christian Living author/editor, Minister of Praise & Worship and Church Administrator. I currently minister with Sr. Pastor Scott Sutton at New Life Ministries in New Madrid, Missouri.

Preaching the Gospel to Every Creature - Mark 16:15

Sean of the South
FOX 2

utorials about WordPress, blogging, social media, and having your say on the web.

this is... The Neighborhood

the Story within the Story